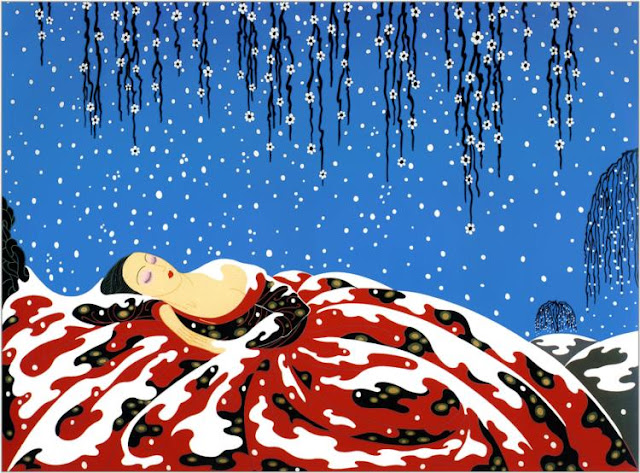 Erté's characteristic style found a new and enthusiastic market in the 1960s, and the artist responded to renewed demand by creating a series of colorful lithographic prints and sculpture.

His taste for the exotic and romantic, and his appreciation of the sinuous and lyrical human figure is felt in all of his art.


About the Artist
Romain de Tirtoff (23 November 1892 – 21 April 1990) was a Russian-born French artist and designer known by the pseudonym Erté, the French pronunciation of his initials, R.T. He was a diversely talented 20th-century artist and designer who flourished in an array of fields, including fashion, jewellery, graphic arts, costume and set design for film, theatre, and opera, and interior decor.

Erté is perhaps most famous for his elegant fashion designs which capture the art deco period in which he worked. One of his earliest successes was designing apparel for the French dancer Gaby Deslys who died in 1920. His delicate figures and sophisticated, glamorous designs are instantly recognisable, and his ideas and art still influence fashion into the 21st century. His costumes, programme designs, and sets were featured in the Ziegfeld Follies of 1923, many productions of the Folies Bergère, and George White's Scandals. On Broadway, the celebrated French chanteuse Irène Bordoni wore Erté's designs.

In 1925, Louis B. Mayer brought him to Hollywood to design sets and costumes for the silent film Paris. There were many script problems, so Erté was given other assignments to keep him busy. Hence, he designed for such films as Ben-Hur, The Mystic, Time, The Comedian, and Dance Madness. In 1920 he designed the set and costumes for the movie Restless Sex starring Marion Davies and financed by William Randolph Hearst.
By far, his best known image is Symphony in Black, depicting a tall, slender woman draped in black holding a thin black dog on a leash. The influential image has been  reproduced and copied countless times.

Erté continued working throughout his life, designing revues, ballets, and operas. He had a major rejuvenation and much lauded interest in his career during the 1960s with the Art Deco revival. He branched out into the realm of limited edition prints, bronzes, and wearable art.

Our Sponsors
Our Wonderful Sponsors this month are Songbead, Jan Atherton and Humblebeads.


We will have 3 lucky winners this month. 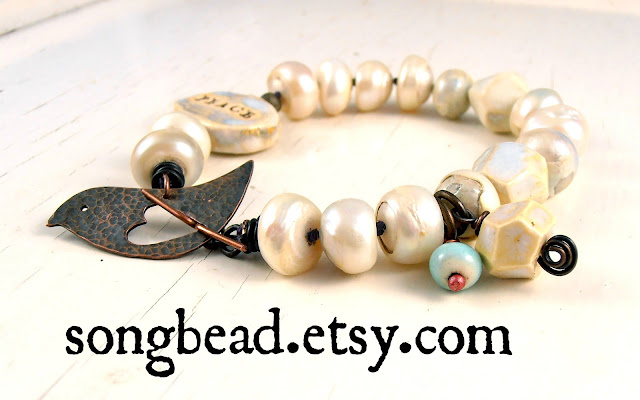 Rebecca Anderson of Songbead handcrafted beaded jewellery. She love vintage style, colour, birds and beads.....All of her pieces are one of a kind (ooak) as she uses a great deal of individually handcrafted art beads, sourced from all over the world - right here on Etsy! If you don't see the perfect piece in her shop, then do contact Rebecca about a bespoke item - I love custom work.
Rebecca is donating a $50 gift certificate to her Etsy Shop. 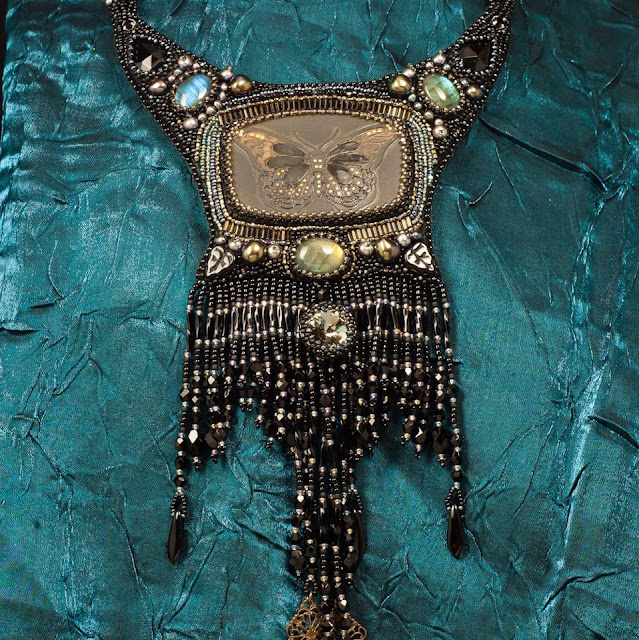 Jan Atherton is a Scottish artist transplanted to the US, her work evokes both the landscape colours and seasonal changes of Scotland and those of her adopted city, Chicago. Inspired by the sparkling waters on Loch Linnhe and Lake Michigan.


Jan is donating $50 to be used in her Etsy Shop or towards a custom design.
Plus she is offering ABS readers 10% off the month of December. Use code ewan1stxmas at checkout. 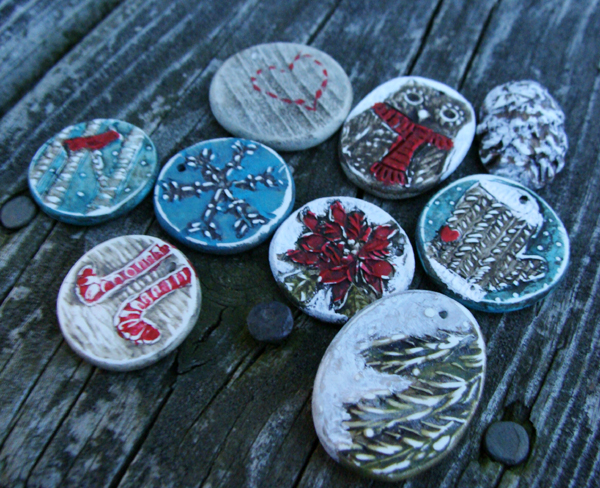 
Heather Powers is an innovative bead and jewelry artist, creating art beads collected by bead enthusiasts all over the world. Her work has been featured on television, in magazines and books. She is currently working on a jewelry design book for Kalmbach. Her mixed media jewelry designs are sold locally at art galleries and markets. Heather graduated from art school with a bachelor's degree in Fine Arts from Kendall College of Art & Design. She lives in Grand Rapids, Michigan where she is a work-at-home mom, balancing business and family.


Heather is donating a $50 gift certificate to be used on in her Etsy shop.


Plus she is offering ABS readers free Shipping for the month of December.
Use code Merry.

Submit photos of your wonderful creations using one or more Art Beads.
Sleeping Beauty by Erté has with many different elements that can be used for inspiration: snow, bold red color, high contrast imagery, art deco, female form, blue, weeping willows and sleep.

Complete details and instructions for the challenge can be found here.
We can't wait to see where your creativity takes you with the art for this months challenge!
Please remember to put DEC ABS in the title or tag of your submission(s).
Provide us with the artist of the Art Beads used and we always love to know all the materials you used.
Art Beads MUST be used in your entry.


Blog Tour
The Blog Tour deadline is December 28th.
***Note Change***
Links must be added to the Art Bead Scene flickr page where you upload your entry.
The Blog Tour will be on December 31st.
Posted by Tari of ClayButtons.com at 9:32 AM

What a great month this is going to be!!

As if the inspiration painting isn't awesome enough! Three sponsors this month! Can't wait to see what happens.

This is a nice piece of art to round out the year with. I like the choice!

It's an awesome choice! I am so happy to be a sponsor this month - I may even try to play along this month if I can find the time....