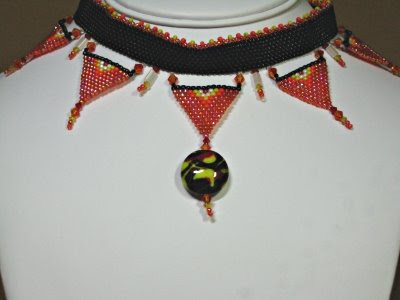 Flaming Teeth by AJ Reardon, the lampwork beads are by Lois Oster of Wolf Song Designs
One of our loyal readers, AJ Reardon, is on the council for Layne's Legacy -- Beading For A Cure. LL-BFAC is an annual beading challenge, in which all participants receive a kit of beads from which they create beaded jewelry and artwork. These items are then auctioned off on eBay every March and April to raise money for theNCCRA (National Colorectal Cancer Research Association). 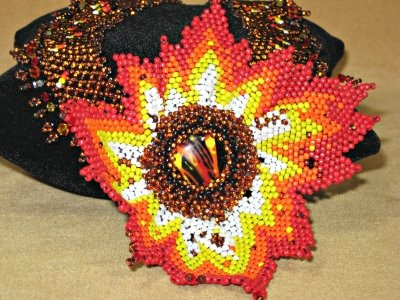 In 2007, they were able to donate $2600, and this year we hope to shatter that record! You can learn more about LL-BFAC, and view galleries of past and current creations, at our website: Beading for a Cure. 2008's kit included a lampwork bead by Lois Oster of Wolfsong Designs, and many of our participants chose to add extra art beads to their projects -- some which they had made themselves, others which were purchased from various talented artists.
The auctions have started already and run until the end of April.

Click Here for a link to see the auctions. 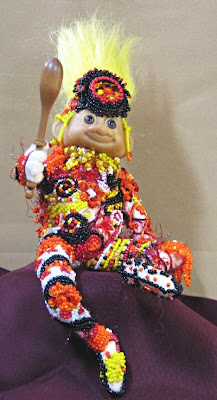 Posted by melanie brooks at 9:53 AM

Email ThisBlogThis!Share to TwitterShare to FacebookShare to Pinterest
Labels: Beads that Benefit

Wow! I love the idea of Beads that Benefit and that troll all beaded out is great. I make semi-precious stone jewelry, which is a totally different use of beads. It's amazing all the different things you can do with beads!

I've seen a few references to Beading for a Cure, and I think it's a great idea. The beaded doll is amazing! I don't know if I would have the patience to do a project like that.